A downloadable tool for Android

VRMangaComicsReaderACS is a VR reader Software for manga and comics.

It was developed based on the concept of reading comics with a couch potato.
You can listen to music and read your favorite comics.
Enjoy your comics life!

The DEMO version is here.
https://acssoftlabo.itch.io/vr-manga-comics-reader-acs-oculus-quest-demo-version

It can be controlled by hand tracking.
It can also play music (mp3, wav)

We are planning to extend the functionality.
Please let me know if you have any requests.
I am an indie developer. I need money to buy assets and pay for development, so please donate. I would like to add a lot of features.

Usage
Copy the image, zip file, or PDF file to your Oculus USB folder (/ VRComicReader / Books).
You can use touch controller and hand track.
You can also use your hands to control the device. Turn your right palm toward you to display the menu.
To change pages with hand tracking, hold your hand with your palm facing the page. The left and right movement buttons will appear, allowing you to move your hand. Press the star in the upper right corner of your favorite file.

You will see a settings screen, which you can set as you like.
Music will be played from the contents of the music folder.

Current issue
The front needs to be aligned correctly in the oculus menu. The current software only allows tracking of up and down angles.

The demo version is here.
https://acssoftlabo.itch.io/vr-manga-comics-reader-acs-oculus-quest-demo-version

Thank you very much.

In order to download this tool you must purchase it at or above the minimum price of $19.99 USD. You will get access to the following files:

I bought your app but it does not do its job.

How can I request a refund?

If this could read cbr and cbz files from a Nas on the same network I would buy this immediately, but not until then

I bought the full Quest version, however I need to report a very serious bug with it.
The first book you open gets stuck once you open it.
Even if you open a different book, it'll still give you the first one you opened.

The only way to get it to actually load a different book is to quit out of the application.
Selecting the other book to read once you've re-opened the app.
And you have to do this every time you want to change books.

I tried the demo version and I love the feel of this app. Unfortunately it does not play any mp3 files I have loaded and large pdf files seem to cause it to lock up. :(

Thanks for the report.

>>I think the file selection screen is too close to the screen. It could be a little farther away (since I'm used to the size of SKYBOX and Pegasus video playback apps).

Is it the position on the touch controller?
It's fixed for now, but I'm thinking in the future all UI screens can be moved.

>>It would be helpful if the zoom out range was wider so that the zoom could be placed a little farther away.

Both zoom up and zoom down are currently limited.
This can be widened and we will adjust it.

Bug. I thought I fixed it, but it was not reflected.
The left and right controllers are not distinguishable, so it is better to switch them in the settings.

This is a good idea. This is good.

>>It would be nice if there was a way to lock it when you set the position you like.
The only problem is that it seems to uncompress all the volumes at once, so if you have 23 volumes of Fruits Basket, you'll get 4520 pages, which is a bit surprising.
>>In the case of multiple compressions, it would have been easier to select the number of volumes and uncompress only those volumes.

I thought there were zip files within zip files, but there are many such files.
I'll work on it.

>>It would be nice if it also supported extracting RAR format!
I'd like to do this, but I'm gathering information.

>>It would be nice if SMB connections were supported.
>>I'd like to see a UI like the one supported by SKYBOX and Pegasus, which are video playback applications.

I want to do this too. I've done most of the research, so maybe I can do it faster than RAR.

>>Also, is there a mode where you can lie down and the page appears in the skyward direction? I pressed and held the Oculus button while facing a certain direction, but it didn't reset to the front.
You can automatically switch the mode when you turn your head upward, but it may cause a lot of misoperation. I think it's better to have some kind of control.
I think it would be better to have some kind of control, such as rotating 90 degrees when the button is pressed. I'll give it a try.

>>Also, although it's not a high priority, it would be nice to have a voice page turner.
>>How to implement this in Comic Glass on iPad
I wonder if oculus can do voice recognition. I'll check it out.

>>I think it would be nice to be able to "ruin people's reading" by lying down and reading in bed or on a kotatsu without touching them.

I agree with you. That's exactly what I wanted to do, and that's what I created.

Thank you for writing this from the user's perspective. I'm now motivated to do my best. 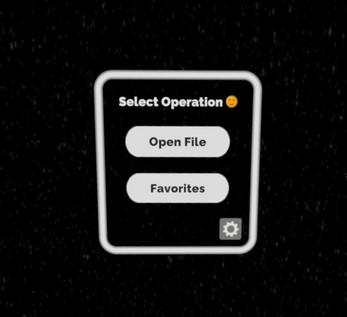 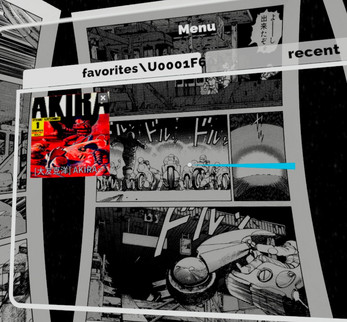 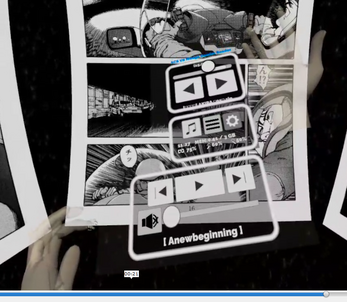 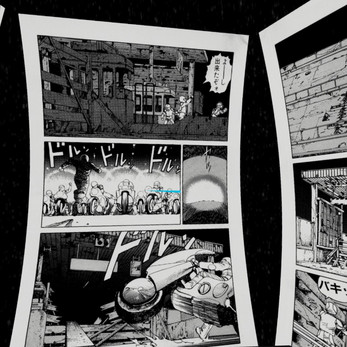 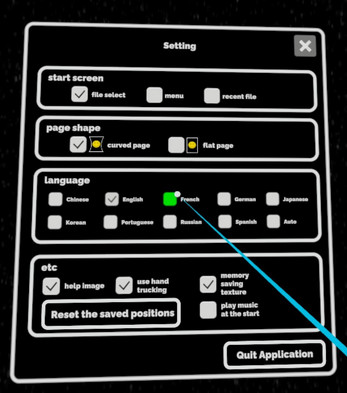